In the last article, we discovered the differences between HDDs and SSDs and how SSDs have an overall better, faster, and quicker performance. Just like any other IT or electronic device, SSDs come in different shapes, sizes, and benefits. Getting a good SSD for your system is key to getting optimal performance for your laptop/computer. SSDs come in various form factors that are used to interface with a computer, these include SATA, PCIe, M.2, NVMe, and more. Hence, choosing the right SSD that best caters to your needs could be quite a challenge.

Here’s another article with all you need to know.

The Different Types Of SSDs

Firstly, the 2.5-inch SATA SSDs are the most common and affordable form factor frequently used by upgraders. A typical 2.5-inch SATA SSD imitates the shape of a traditional laptop hard drive which has both a SATA data connector and a wider, blade-like ‘SATA-style” power connector. The 2.5-inch SATA fits into most laptops or computers that have a 2.5-inch hard drive bay consisting of a spare SATA connector that makes them drop-in-compatible. Although if your laptop or computer comes with a 3.5-inch hard drive bay, you would need to utilize a special adapter to slot in the SSDs.

SATA-based SSDs are perfect for older computers that lack the newer SSD connector types with only SATA connections. Furthermore, the SATA interface describes the nature of the data bus that the SSD uses. SATA has speed grades such as SATA 2 or SATA 3, indicating the maximum data transfer rate possible with the drive. These SSDs also have transfer speeds of roughly 550 megabytes per second, which is more than what a standard HDDs could provide! 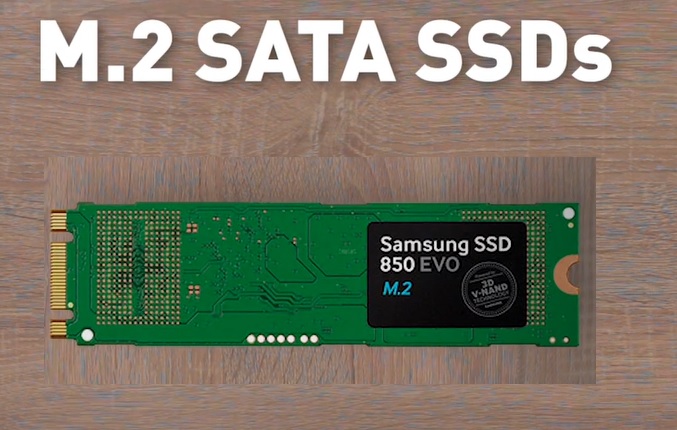 Secondly, there is the M.2 SATA SSD, previously known as Next Generation Form Factor (NGFF), in which the M.2 represents a second generation of the Mini SATA. These SSDs are like their mSATA predecessors, complete with a small circuit board studded with flash-memory and controller chips. The overall performance, read and write speeds are akin to that of their 2.5-inch SATA SSD counterparts with the only variation being the size. M.2 SATA SSDs are much smaller and skinnier in design. They come in a range of sticks of gum sizes, with NAND chips on either one or both sides. There are also different sizes of M.2 drives out there for both SATA and NVMe with this being the most common known as the M.2 type-2280. The first two numbers represent the width and the rest is the length. These are mostly used in small, slim laptops and desktop motherboards with M.2 slots.

On the other hand, it is important to note that an M.2 SATA SSD, depending on the model, is designed for use on either the SATA or PCIe bus. These are mostly used in small, slim laptops and desktop motherboards with M.2 slots. Most laptops these days will usually only implement one specific size but desktop motherboards can accommodate different lengths Although premium models would opt for the PCIe parts as the boot drive.

Thirdly, the Non-Volatile Memory Express (NVMe) SSD is a new type of controller used to replace the Advanced Host Controller Interface (AHCI) for increased performances. This is the controller that hard drives traditionally use to interface between the SATA bus of a hard drive and the computer it is connected to. An NVMe SSD enables the flash memory to directly run through a PCIe serial bus interface due to its high bandwidth and it is attached to the CPU as opposed to functioning through SATA speeds. Hence, it provides an added performance boost over their SATA counterparts.

NVMe’s are similar to the M.2 SATA SSDs in terms of its size, shape, and usage but where the former excels in is in its speed and performance. With the latest PCIe 4.0 SSDs boasting transfer speeds of up to 7,000MB/s! (which I believe is fairly fast). Another noticeable difference is that within the M.2 NVMe form factor, there are a variety of width and length combinations which allows for more flexibility in its usage. With its versatile size, these are usually used for mobile solutions such as ultrabooks or tablets.

To get optimal performance out of NVMe form factors, a Peripheral Component Interconnect Express (PCIe) should be used to alleviate all bottlenecks from SATA. That is because the SATA connection creates bottlenecks for the SSDs capping the speed to at most, 600 MB/s.

After looking at the different types of SSDs and what each form factor offers, picking the right one that suits your needs would depend on what do you normally use your computer for? For instance, if you are an avid gamer searching for shorter load times or an average everyday user, the 2.5 inch SATA or mSATA SSD would work just fine. While an NVMe SSD does speed up the operating system boot and game load times, the improvements are minimal and not worth the extra money forked out just to get an NVMe SSD in the first place. On the contrary, an NVMe’s speed comes in handy when transferring huge files. That means if you are a content creator looking to edit large 4k videos or move said videos around, you'll be able to take full advantage of the bitingly fast transfer speeds of an NVMe SSD. 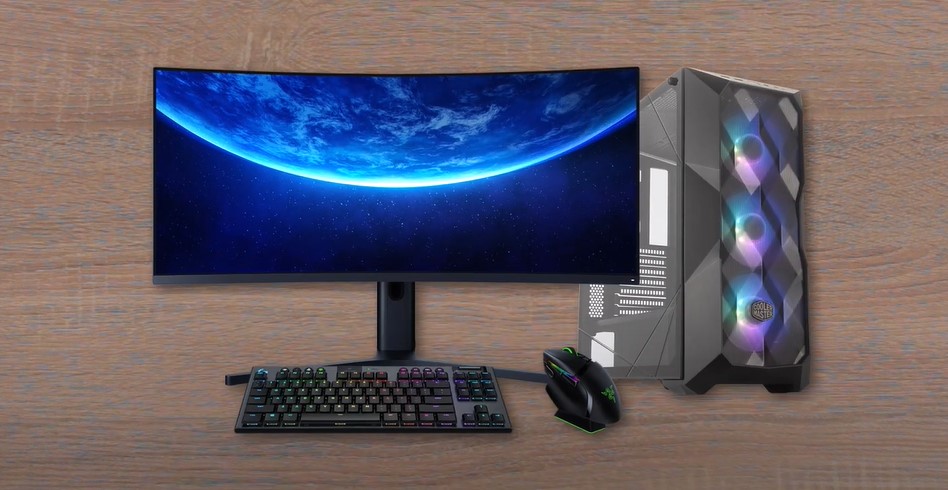 While your SSD storage size pick might be limited by your size preference or (more realistically) your budget, keep in mind that lower capacity SSDs are actually slower than higher capacity SSDs of the same model. This is because larger sized SSDs have more NAND Flash Chips, which means more data can be read and written in parallel, allowing for higher speeds.

Besides, larger SSD sizes have better longevity too, as NAND Flash Chips do not get data written onto them as much compared to smaller SSDs. With all that said, however, If you are on a budget and your computer only has a Hard Disk drive, getting an additional smaller SSD as a dedicated boot drive for your operating system is still worth the upgrade if you don’t mind just the performance pinch. Otherwise, getting a 500GB sized SSD can provide a balance between price and capacity.

Another factor people often overlook is the power consumption of an SSD. Smaller SSDs compared to its larger spaced counterparts have fewer NAND Flash Chips to write your data, which ultimately consumes less power. To illustrate, a 2.5 inch SATA SSD uses less power than an M.2 NVMe drive. This would not matter as much if you are a desktop user who is searching for optimal performances. However, if you are a laptop or convertible tablet user, having an energy-efficient SSD is more important if you are looking for longer battery life. Additionally, choosing an efficient SATA SSD over a faster but power-hungry NVMe drive can save you up to 90 minutes of extra unplugged run time.

All things considered, there are various determinants to keep in mind when purchasing an SSD of your choice. Such as the interface, capacity, performance, and budget. However, these determinants do vary according to the brand and models. Although high-end drives are technically faster, they would not feel speedier than less-expensive options. It is better to choose an affordable drive that provides essentially similar benefits and storage space.

If you are still unsure of which SSDs to get, here are some of our favorites that you could take a look at!

Throughout this article, we hoped that you would have a certain understanding of SSDs and which one to purchase that best fits your needs!

All you Need to Know: SSDs - Which Ones Suit Ya?

Be sure to check out our video on all you need to know. Click the button to watch!