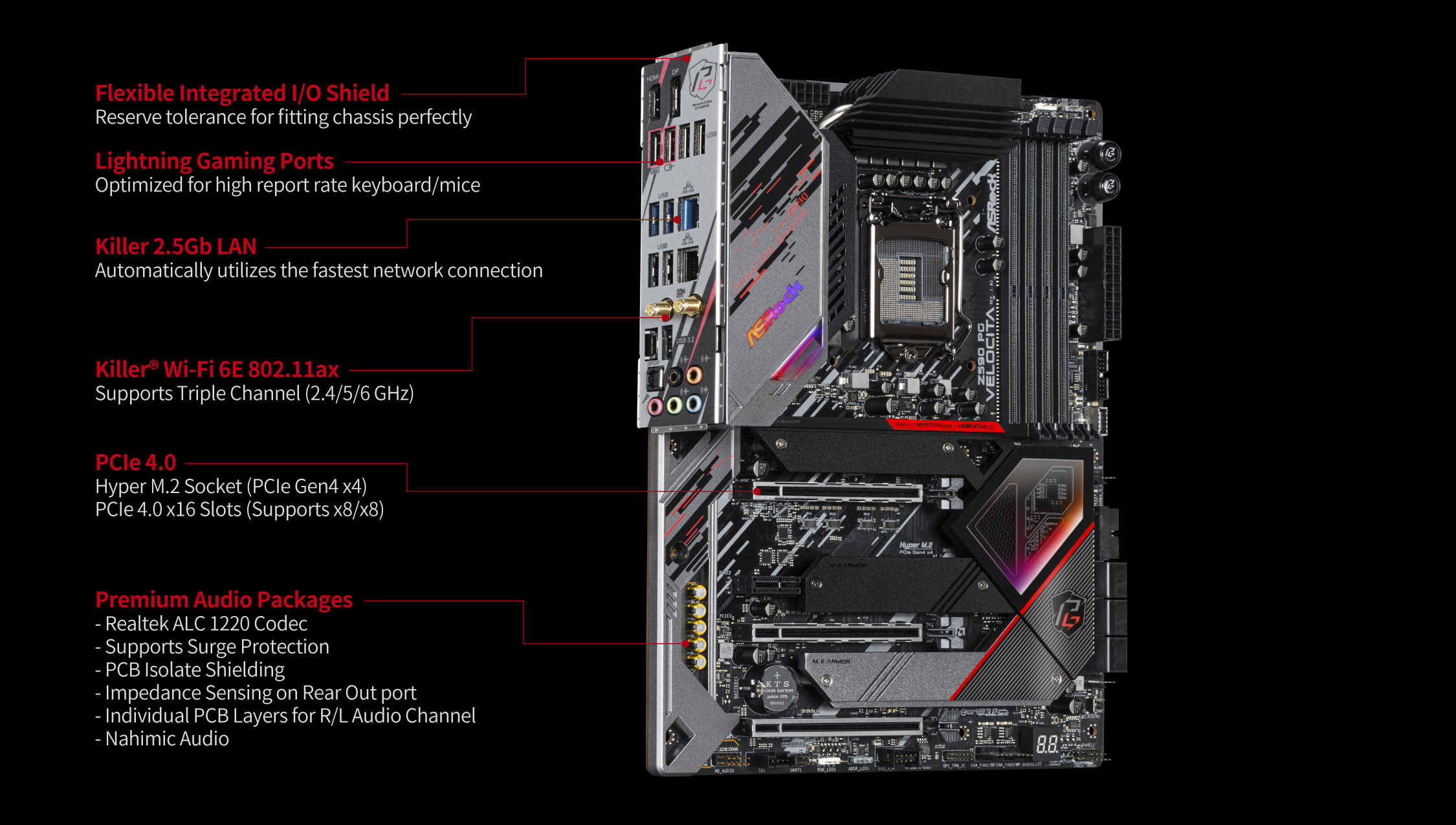 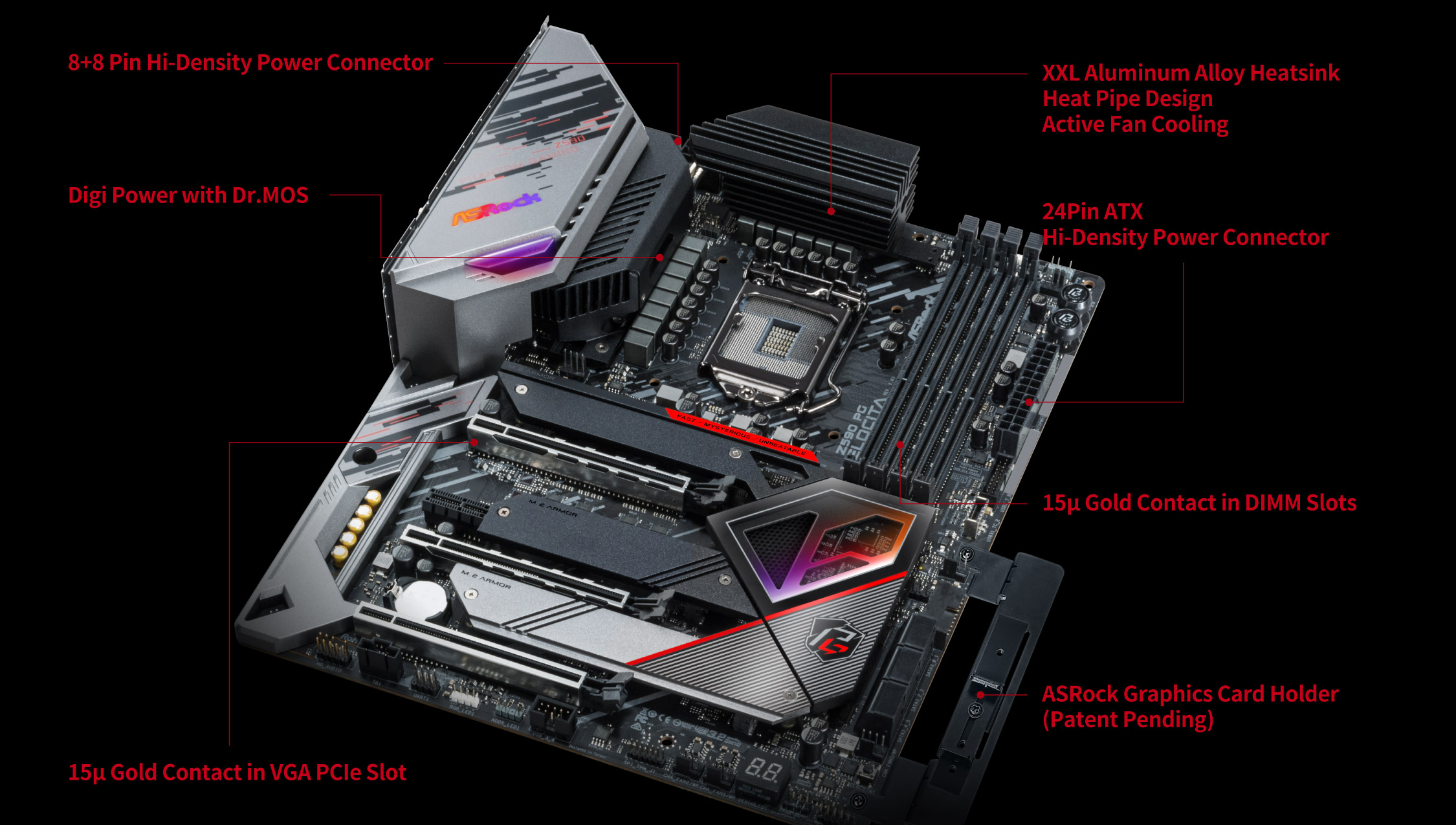 PG Velocita is a brand new high end product line under the Phantom Gaming family, the PG Velocita motherboard series packed full with uncompromised performance as well as relentless appearance. “Velocità” is Italian for “Velocity”, destined to give a fast and unbeatable gaming experience to the gamers! 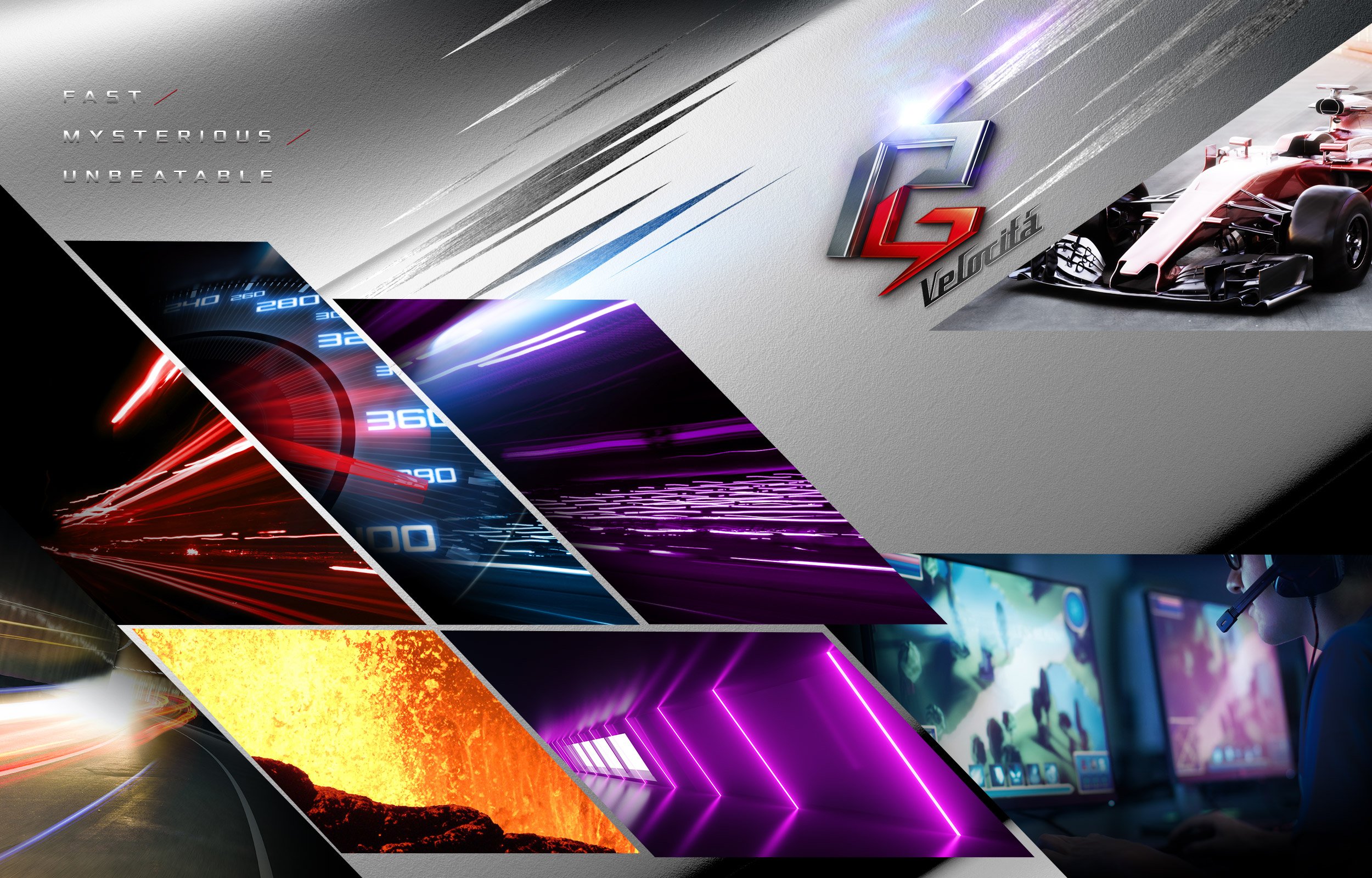 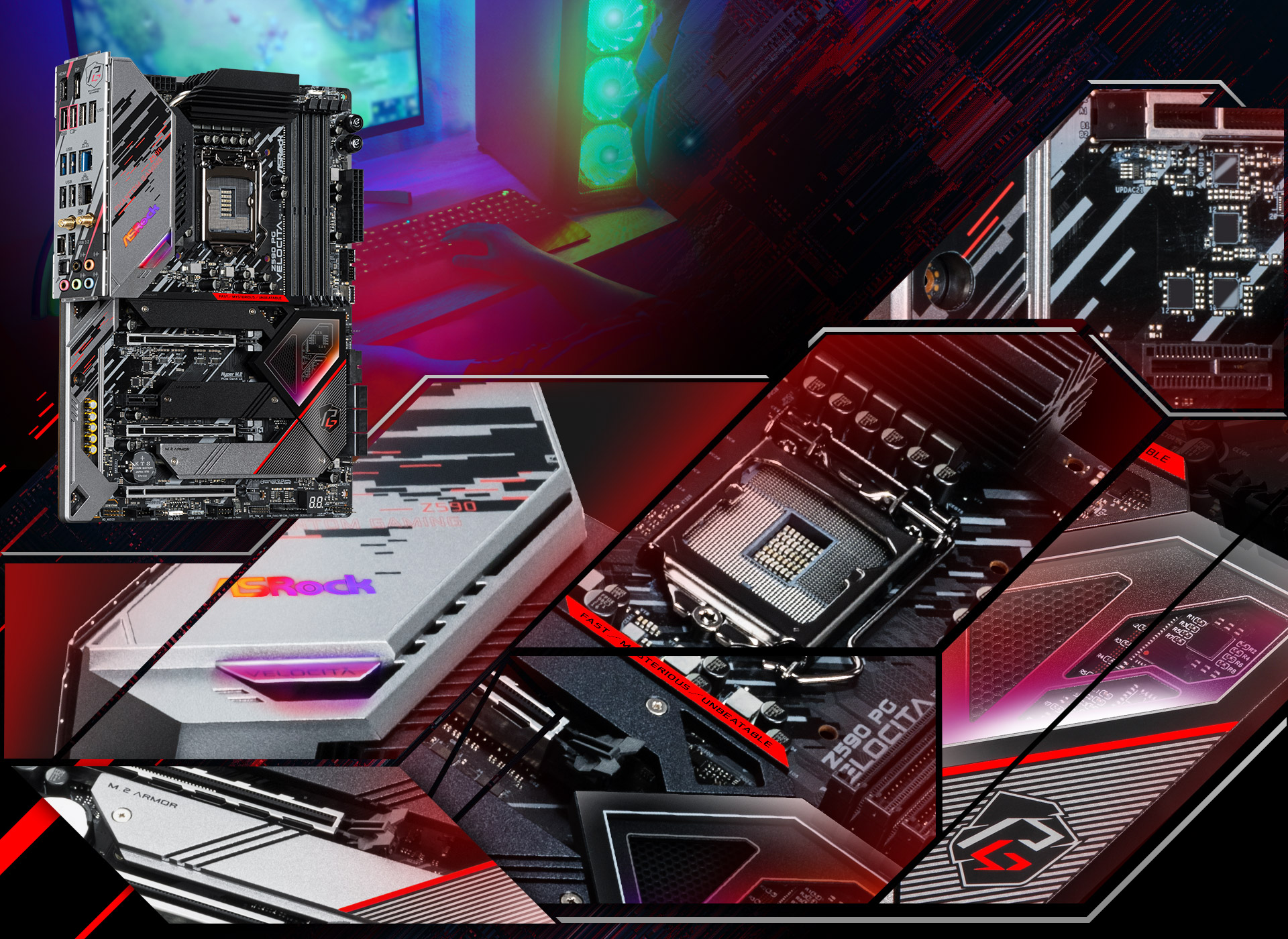 This motherboard is capable of accomadating multiple M.2 storage devices, one of which can even support next generation PCI Express 4.0 M.2 SSD, it is capable of performing twice the speed compared to previous 3rd generation, giving a lightning fast data transferring

Conventional PC systems processor can only access a fraction of graphics memory and limits system performance. With Clever Access Memory, the data channel gets expanded to harness the full potential of GPU memory, removes the bottleneck and increase performance.

Optimized FAN design for the better heat disspation. You can choose bundled 3CM high performance fan, or upgrade to your own 4CM fan for better cooling and silence performance.

Aimed for die hard gamers and enthusiasts! Lightning Gaming Ports are sourced from two different controller interfaces that allow gamers to connect the high speed mice/keyboard with the lowest jitter latency and win the best performance! 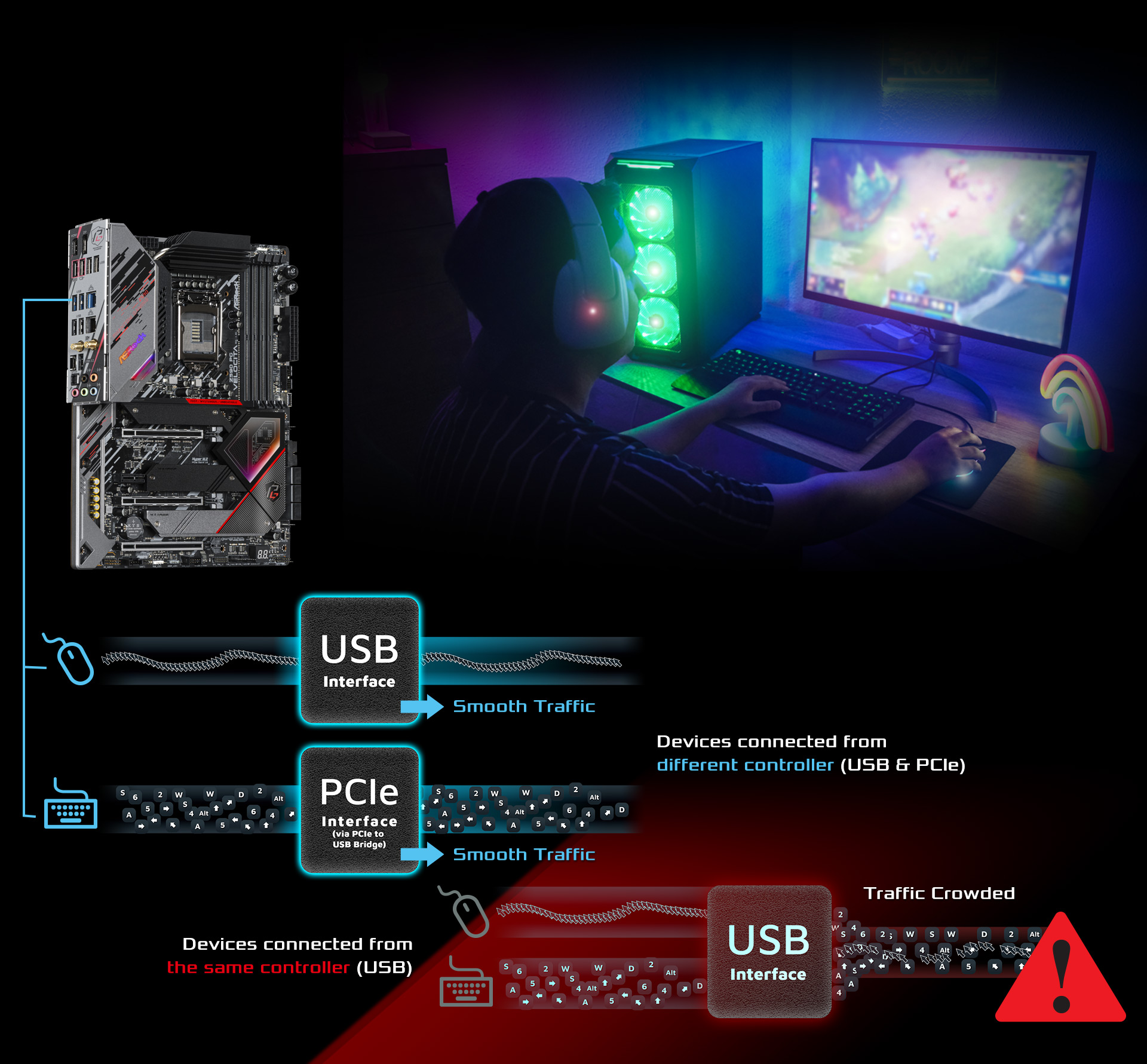 True gaming focused design! Unlike most so called gaming motherboards that are only decorated with standard design, the Killer E3100 2.5G LAN chip architecture on Z590 PG Velocita can be chosen to be controlled directly by the CPU. Hence, it can benefit a new gaming experience in lower latency, faster internet network and the overall performance a huge boost.

The default setting is Direct Source disabled, the LAN chip is accessed via chipset through DMI and PCIe lanes. It brings longer route, adds latency and sacrifices the internet performance.

The latest USB 3.2 Gen2x2 Type-C delivers up to 20 Gbps data transfer rate which is 2x as fast as previous generation, providing a blazing fast data transfer interface with reversible USB Type-C design that fits the connector either way.

The Sound Tracker is a visual indicator that points out the directions from which predominant sounds are coming. Each sound is properly positioned in 360° on a radar for a full immersion during the game.